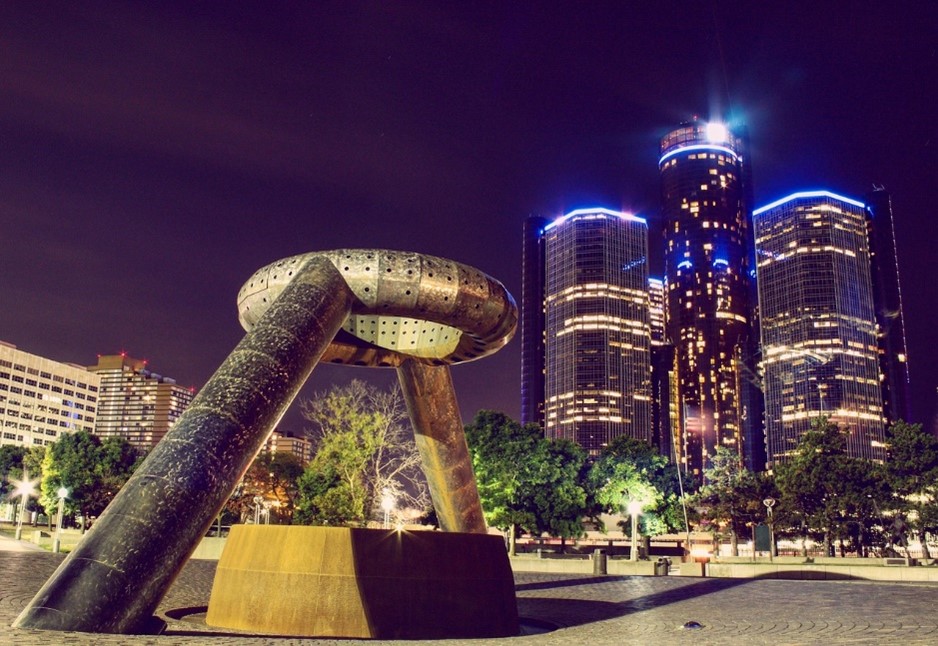 How healthcare played a role in Detroit’s auto-industry downturn

Was Healthcare The Unseen Casualty Of Detroit’s Downturn?

Reckless driving, that is the only way to describe the way the auto industry was operating before the 2008-09 crash. As the debt crisis sent ripples throughout the global economy, Detroit and its auto industry had to face the consequences of their financial behavior.

Nevertheless, the auto industry got the government to intervene on its behalf, avoiding the fatal blow. It was Detroit and mainly those who worked in this industry who bore the brunt of the crash. Healthcare played an important and often overlooked role in the aftermath of this crash.

Private sector healthcare is dominated by employer benefits. Employees tend to get coverage through the health insurance as part of their compensation package. After the crash, the Affordable Care Act came in and saved many of the people who lost their insurance in Detroit and elsewhere in Michigan.

But that is just part of the narrative. The events of 2008-09 had a profound effect and could have set a precedent for healthcare coverage in the US, albeit not necessarily for the standard of care.

The Players & the Game

Believe it or not, it was not the Obama administration the first to have the government step in given the healthcare coverage void that the auto industry left:

·      Just about a month earlier, in November 2008, GM had asked for a bailout to cover healthcare costs among other reasons [1]

GM used the idea of government funded healthcare through the bailout to justify the $5 billion USD that it got from the Bush administration. When Obama came in, his administration gave GM an additional $17 billion USD in bailout money.

We now know that the Big Three, Detroit’s auto manufacturers– Ford, GM, and Chrysler – managed to come back from the brink of bankruptcy. Thanks to the generosity of the government:

·      That was after the bailout, a chapter 11 bankruptcy, layoffs, and plant closures

·      Chrysler also went through bankruptcy, including a 42-day long shut down

·      The government extended a$4 billion USD loan to Chrysler

Only Ford managed to stay afloat on its own. It sold some of its brands and subsidiaries to other auto manufacturers to raise money. The city of Detroit was left reeling after some of its biggest employers cut jobs to remain above water. Detroit did not get a bailout in 2008-09.

It is important to understand the 2008-09 economic downturn within the context of a decades old process of decline in Detroit:

·      Many people relocated to the suburbs thanks to the highway system

·      Nevertheless, the economic downturn took a toll on a city that had already lost 60% of its population since 1950

·      The Obama administration did not bail Detroit out

Even though the rate of uninsured people declined in Detroit since, it is still high:

·      The rate of insured people has been rising, and is now around the same as the average for the US

·      Nevertheless, the highest rate of uninsured people in Detroit are working age adults – aged 18 to 64

Looking at Healthcare Data in Light of Employment Statistics

·      Ever since, it trended down despite Detroit’s bankruptcy

·      Due to the pandemic, a weak but recovering Detroit labor market suffered

·      Detroit wages continue to be above the national average

·      Wage growth has also kept up with the national average

Given this information, it is strange to see that the majority of working age people in Detroit have public insurance. The data suggests that employer benefits are not as good. Probably employer insurance plans are not as attractive.

Employers might be taking a page out of the auto industry playbook, allowing the government to step in. This might affect the quality of healthcare that people in Detroit have access to

Life expectancy statistics in Detroit paint a grim picture. The numbers speak for themselves:

At least some of these issues are preventable. Proactive healthcare with regular check-ups, better eating habits, more physical activity, and more education at the level of the patient, could help people in Detroit live longer.

Of course, if you have the right health plan then it is even more attainable. It is difficult to take care of your health proactively if:

Besides the people who are not insured, those who have access to public insurance are clearly not getting everything they should out of the system. Proactive measures to raise the level of those who live a healthy life in Detroit, is clearly failing. The numbers do not lie:

·      The urban landscape in Detroit is noticeably car friendly

·      Healthcare coverage is also failing at some point

Is the Auto Industry Responsible?

There is a clear correlation between the pulse of the auto industry and the health of the people who live in Detroit. Those who could, left the city. Those who stayed, had to endure the economic meltdown of2008-09.

Detroit is clearly still reeling from that downturn. The city declared bankruptcy in 2013. But it is impossible to blame the auto industry or the Federal or State governments entirely for this failure.

Detroit: Another Kind of Dutch Disease

In a way, Detroit suffered from Dutch Disease tied to the auto industry. When the Detroit Three were booming, the city grew. Its population enjoyed a good job market and employers provided health insurance.

Nevertheless, the city declined when the auto industry in the US started suffering. Japanese, Korean, and even European auto makers took a slice of the market. Auto manufacturers relocated to cheaper, more favorable jurisdictions. Then whatever was left in Detroit suffered during the 2008-09 meltdown.

The result is a city that not only depended on GM, Ford, and Chrysler, but was also built for cars at every level:

·      Physically, with highways going through the city and less green areas

·      Economically, with people specializing in everything that could land them a job within the auto industry

·      Health-wise, with a lack of focus on how everything else would affect the health of Detroit’s citizens

Healthcare: The Unseen Casualty in Detroit

A more granular approach shows us that the 2008-09 downturn just pushed an already stressed city over a cliff. The COVID-19 pandemic struck just as the city was recovering, after a nasty bankruptcy process in 2013.

Along the way, the statistics show a clear story. Ordinary people suffer, and the focus is almost always on the economy, while the effect of all this process on healthcare, is understated.

The good news is that Detroit can rebuild better if it focuses on the low hanging fruit first. Yes, better health insurance, with more insured people and more private healthcare alternatives, are all part of the solution.

Yet heart disease and asthma are much higher than the national average. Life expectancy is staggeringly low for a developed nation and very low compared to people who live in other counties in the vicinity of Detroit.

Unfortunately, public healthcare is not filling the gap there with proper medical advice, encouraging people to do their annual screenings, and providing advice for a healthier life. On the other hand, the municipal government has not dealt with urban design to give poorer people more options to lead a healthier life.

The Auto Industry is Gone!

The auto industry suffered a blow, and it is not likely to grow back to its glory days. Detroit cannot count on a renaissance of that sector to bridge the gap. Just take a look at Tesla, the newest car maker in the US that grew by leaps and bounds to overshadow every other US car maker in terms of valuation.

Tesla has nothing to do with Detroit. Its headquarters as well as its manufacturing are in California. Only Toyota has a higher valuation than Tesla within the car industry, and it is, of course, headquartered in Japan.

Manufacturing has also moved elsewhere within the US and to Mexico. Even foreign brands like Honda and Toyota have manufacturing plants in other states and not in Michigan, let alone the Detroit area.

Taking Care of Healthcare in Detroit

It is time for Detroit to get past its auto industry Dutch Disease and take care of healthcare. The trend is clear and has been for decades, with or without economic downturns and pandemics. The health of the city no longer has anything to do with the Detroit Three, but rather with the municipality.

Detroit must take care of its urban planning, taking advantage of abandoned buildings to create green spaces.[15] Its municipal government must also make sure that those who live in Detroit are well educated in how they can improve their own health.

Beyond the pandemic, it is time to think about healthcare differently at every level. It is imperative to internalize that the unseen casualty of the auto industry downturn in Detroit, is healthcare, which created a boomerang effect that is hitting the economy of this once vibrant city, harming its recovery prospects.

[1] GM, Ford, and Chrysler almost died a decade ago during the financial crisis — here is how the auto giants have changed since, Business Insider, September 16,2018. Retrieved on December 30, 2020.

[5] Who Are the Uninsured in Michigan, Household Survey on Health Insurance, Government of the State of Michigan. Retrieved on December 30, 2020. 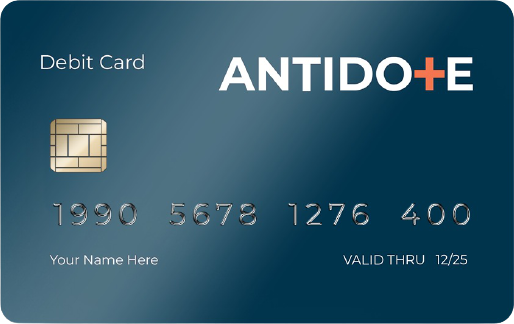 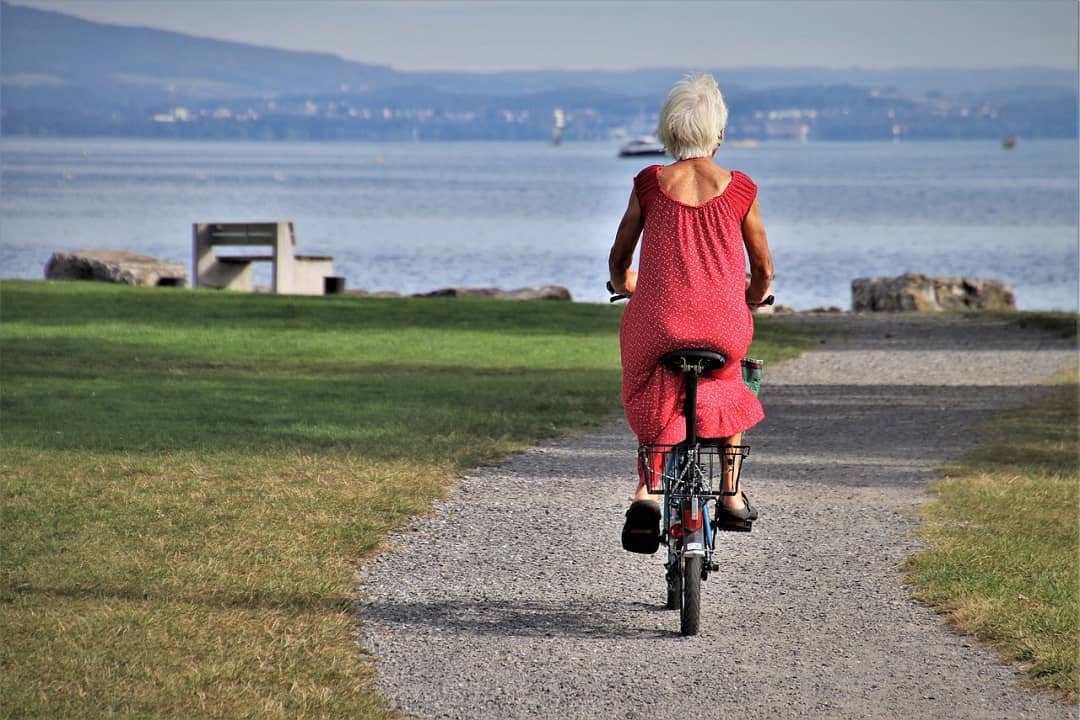 Therefore, promoting elderly health could be trickier than we think, but it is not impossible. 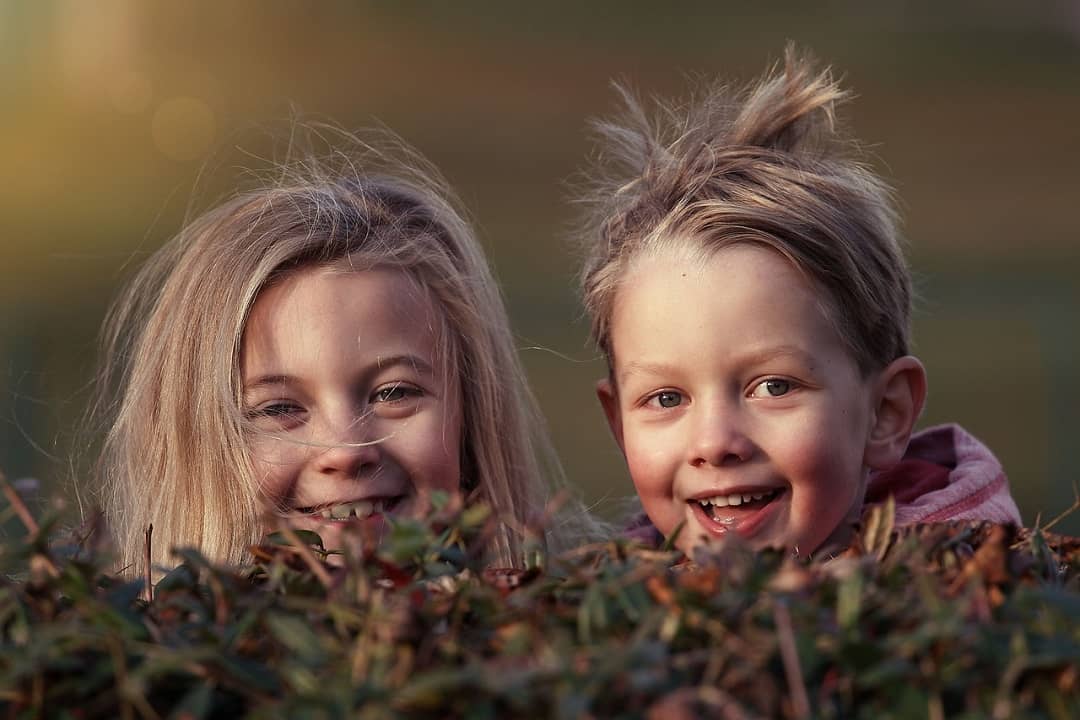 Here are some common threads you can follow to improve your child’s health regardless of their age. 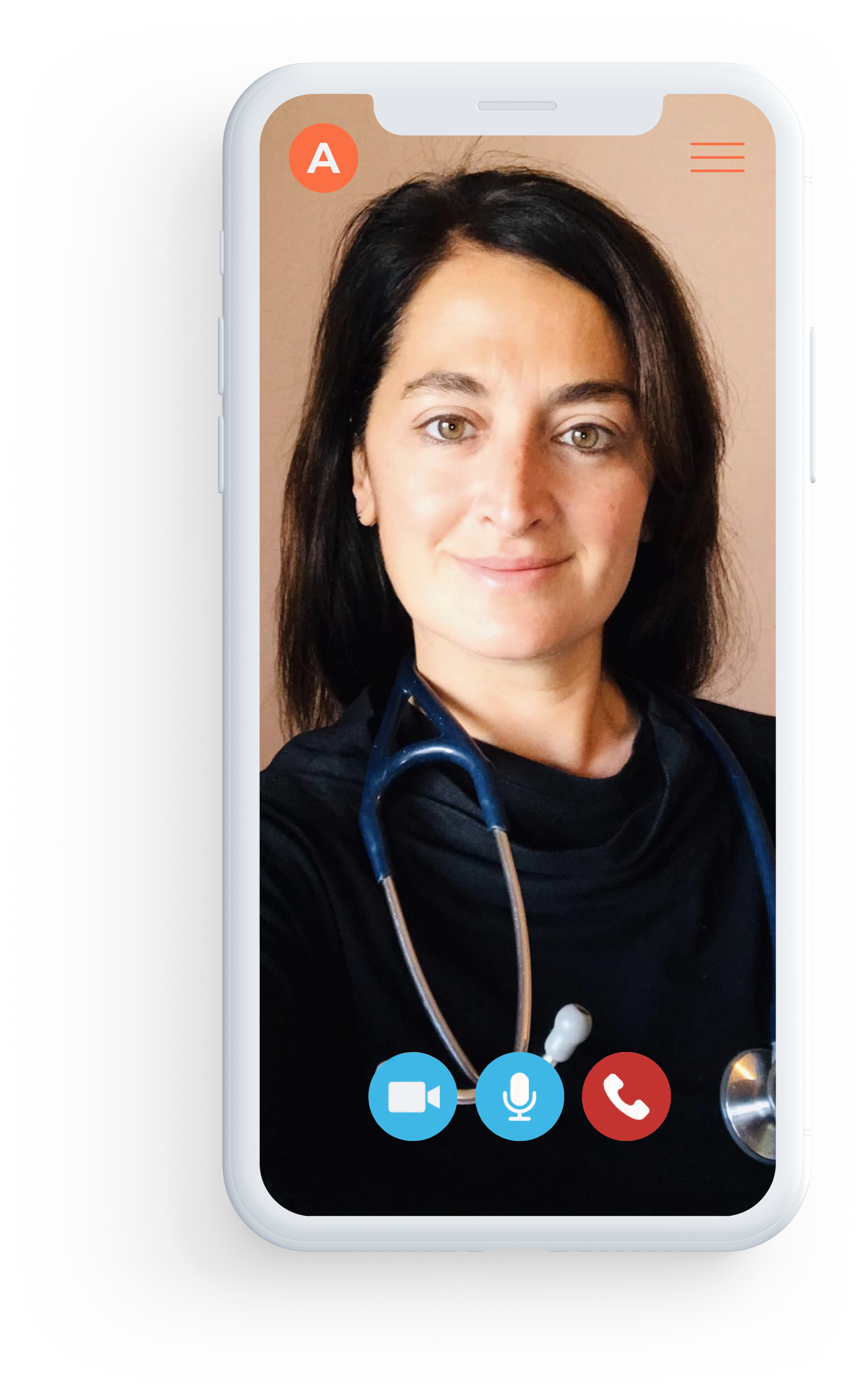 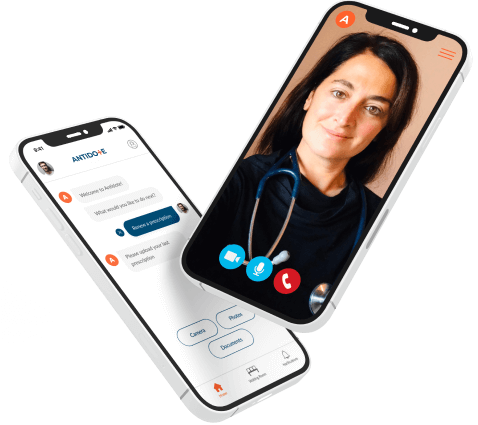 Why wait until 3am? Install today and have a doctor in your pocket

Video call with a doctor within 10 minutes. 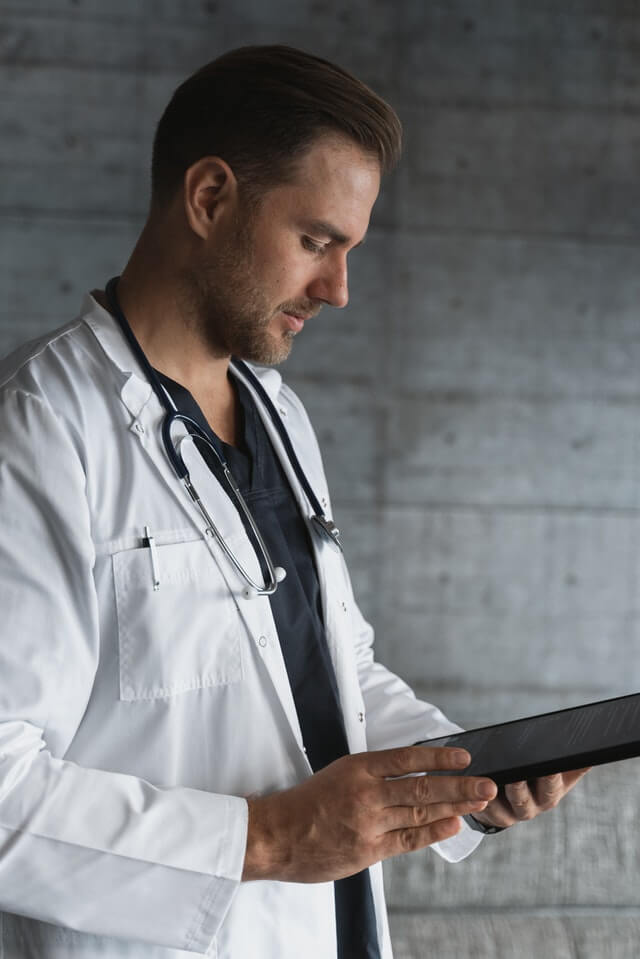